You are here: Home / Blog / SAVORING A SMART JUSTICE VICTORY AND LOOKING AHEAD

SAVORING A SMART JUSTICE VICTORY AND LOOKING AHEAD 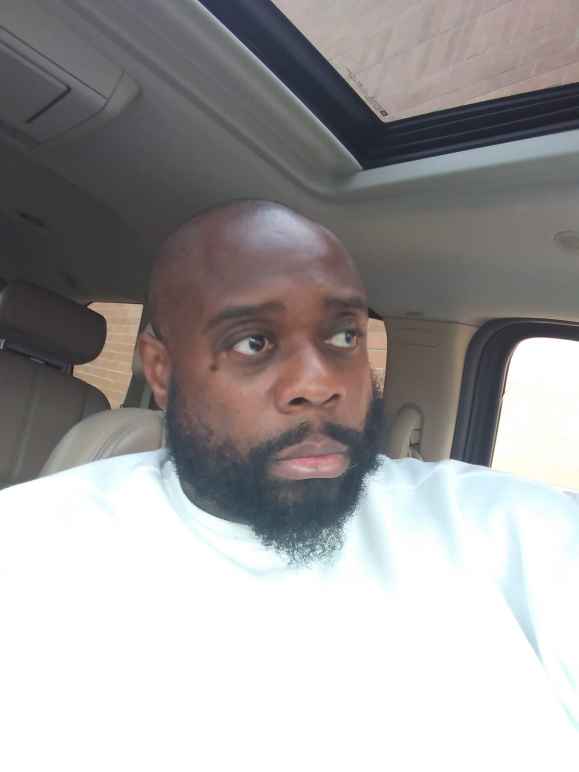 It has been a long road to passing critical legislation that sets the course for reforming Michigan’s unjust criminal legal system, which senselessly puts far too many people behind bars, especially Black and brown people.

One person who knows all too well the dire need for this legislation is Kamal Lukata Anderson. This week, he felt a mixture of satisfaction and relief when a package of bills finally made it through the 2020 lame duck session and headed to Governor Gretchen Whitmer’s desk for her signature. In particular, Mr. Anderson was heartened by the overwhelming approval of bills that would end automatic driver’s license suspensions for most unpaid fines and fees not related to dangerous driving – an issue that threw his life into a tailspin for more than a decade.

He has been following the state Legislature since the bills were first introduced months ago. But Mr. Anderson’s interest and work in helping reform our criminal legal system started long before that. It began in October 2019, when the Detroit bus driver had to take a deep breath and steady himself before telling his story to the Michigan Joint Task Force on Jail and Pretrial Incarceration about why our system must be transformed. A Detroit bus driver, Mr. Anderson had no experience speaking in front of crowds the size of the one attending a Task Force fact-finding session being held in a Wayne State University Law School auditorium. Adding to the pressure was the status of the Task Force members themselves: the state’s Lieutenant Governor and Attorney General, and the Chief Justice of the Michigan Supreme Court. Also on the panel were an assortment of judges, prosecutors, law enforcement and politicians from both parties. There were also public defenders, and advocates for victim’s rights.

So, it was natural for him to be a little nervous. Even more, though, Mr. Anderson felt the weight of the moment. A lot was riding on how the Task Force would react to what he and others had to say. The goal was to find safe, smart ways to reduce Michigan’s  jail populations, which have tripled in the past 35 years. Reform was desperately needed.

An analysis of the state’s jails, who was filling them, and the reasons people were being locked up had already been done. One of the most striking findings was the number of people getting caught up in the legal system because of issues associated with driving. But those hit hardest by this are Black and brown people. To cite just one statistic: In the counties the Task Force studied, Black men made up just 6 percent of the overall population but accounted for a staggering 29 percent of all jail admissions.

The Task Force found that traffic offenses accounted for about half of all criminal court cases, and driving without a valid license was the third most common reason people went to jail in Michigan. Shockingly, in 2018 alone, nearly 358,000 licenses were suspended in Michigan for failure to appear and failure to pay fines and fees.

Mr. Anderson appeared before the Task Force to offer up his personal experience as testimony to the human suffering those numbers represented.

“At age 19, while in Eastpointe heading to work, I was trailed by police officers for several blocks and then pulled over for a loud muffler,” he explained. “Upon checking my license, a traffic warrant came up from Grosse Pointe. I was arrested and my car was towed. I had to come up with $500 bond.”

But he didn’t have the money, forcing him to spend 10 days locked up.

“I lost my job and my car in the process,” said Mr. Anderson.

He also had his driver’s license suspended.

The fallout from that one traffic stop sent Mr. Anderson’s life into a downward spiral that took him two decades to pull out of.

As we reported previously, he found himself trapped in the same dilemma affecting thousands of other Michiganders: To pay his fines and court costs, and to continue to survive, he needed to keep working. With few job opportunities in the city, that meant commuting to factory jobs in the suburbs. But how do you accomplish that if you live in a city that has the nation’s highest auto insurance rates, and the regional mass transit system is the nation’s worst?

In many cases, the answer to that question is, “You don’t.” In Mr. Anderson’s case, he took a chance and drove on a suspended license, and, as the stats bare out for so many, got caught and was tossed in jail for it.

“I have suffered job losses, marital problems, economic distress dealing with this situation, my license was suspended nearly 15 years along with some exorbitant driver responsibility fees that compounded my issues even worse,” Mr. Anderson told the Task Force

It took filing for bankruptcy to help get his life back on track. Able to wipe out much of his debt, he cleared up his problems with the courts and eventually was able to get his driver’s license reinstated.

Although his problems were behind him, Mr. Anderson felt compelled to do whatever he could to keep others from enduring the same hardships and trauma. That meant having the courage to tell his story.

“People in authority needed to understand the gravity of the rabbit hole a person can get dragged into from just one traffic ticket growing out of control,” he said.

Fortunately, Task Force heard what Mr. Anderson and others were saying. When it issued a comprehensive report on its findings and recommendations for changes to the law that would keep thousands of people enduring the same kind of experiences as Mr. Anderson out of jail.

At the top of its list of reforms was this recommendation: Stop suspending and revoking licenses for actions unrelated to safe driving. Reclassify most traffic offenses and some other minor misdemeanors as civil rather than criminal infractions.

A diverse collection of nonprofit groups ranging from Americans for prosperity and the Mackinac Center for Public Policy to Safe & Just Michigan and the Michigan ACLU set about working to convince legislators to take action and transform the Task Force’s recommendations into law.

This week, lawmakers took a big step in that direction by approving the reform legislation.

“What’s amazing to me was the fact that this legislation received almost unanimous bipartisan support,” said Mr. Anderson. “It really validates how important these changes are, and how much sense they make. I think they saw how they were making criminals of people just because they are poor, especially minority people.”

Seeing the overwhelming support, the legislation received gave Mr. Anderson what he described as a feeling of not just satisfaction, but vindication. By revealing what he describes as “dark days, living in fear,” he was able to help push forward efforts designed to ensure others would not have to suffer the same fate.

At least when it comes to the penalties meted out for minor traffic offenses.

But Mr. Anderson also knows that the work is not over. Only a partial list of Task Force recommendations have been addressed so far by the Legislature. When lawmakers return for the start of a new session in January, another failed policy that the ACLU of Michigan and our coalition partners will push the Legislature to take on is the state’s bail system. Each year, across the state, tens of thousands of people – who have not been convicted of a crime and are presumed innocent until proven guilty – are locked in jail because they are too poor to pay bail. Black and brown people are especially harmed by this unjust system.

Mr. Anderson was one of the cash bail system’s victims. “What’s going on with bail is causing harm to a lot of people,” said Mr. Anderson, who s intends to keep speaking out so others are spared what he suffered. He recalls sitting in jail for the non-dangerous driving offenses simply because he didn’t have the $250 needed to buy his freedom. No one should be in that position. And Mr. Anderson is ready to join with the ACLU of Michigan and others to continue pushing for much needed change.

We use cookies on our website to give you the most relevant experience by remembering your preferences and repeat visits. By clicking “Accept All”, you consent to the use of ALL the cookies. However, you may visit "Cookie Settings" to provide a controlled consent.
Cookie SettingsAccept All
Manage consent

This website uses cookies to improve your experience while you navigate through the website. Out of these, the cookies that are categorized as necessary are stored on your browser as they are essential for the working of basic functionalities of the website. We also use third-party cookies that help us analyze and understand how you use this website. These cookies will be stored in your browser only with your consent. You also have the option to opt-out of these cookies. But opting out of some of these cookies may affect your browsing experience.
Necessary Always Enabled

Any cookies that may not be particularly necessary for the website to function and is used specifically to collect user personal data via analytics, ads, other embedded contents are termed as non-necessary cookies. It is mandatory to procure user consent prior to running these cookies on your website.